In order to monitor a miner like Bitmain Antminer, Awesome Miner is connecting to the Cgminer/Bmminer API running on the miner to request information. By default, Antminer has the API enabled, but the API is running in Restricted mode. In Restricted mode it's possible to view statistics and information about the mining, but no changes like pool operations or restart can be performed.

Recent Antminers like S15, S17, S17+, S19 and Z11 doesn't have SSH enabled. Bitmain has disabled the SSH access on this miners, making it impossible to configure them for Privileged API access. These miners will always run in Restricted API access mode.

Configure to use functionality provided by the Antminer web interface

Awesome Miner can be configured to use the functionality provided by the web interface for Antminers to allow the operations to configure Default Pools and to perform a Reboot. These features can be access via the toolbar Tools -> ASIC Tools and are available even when the SSH access is disabled on an Antminer. 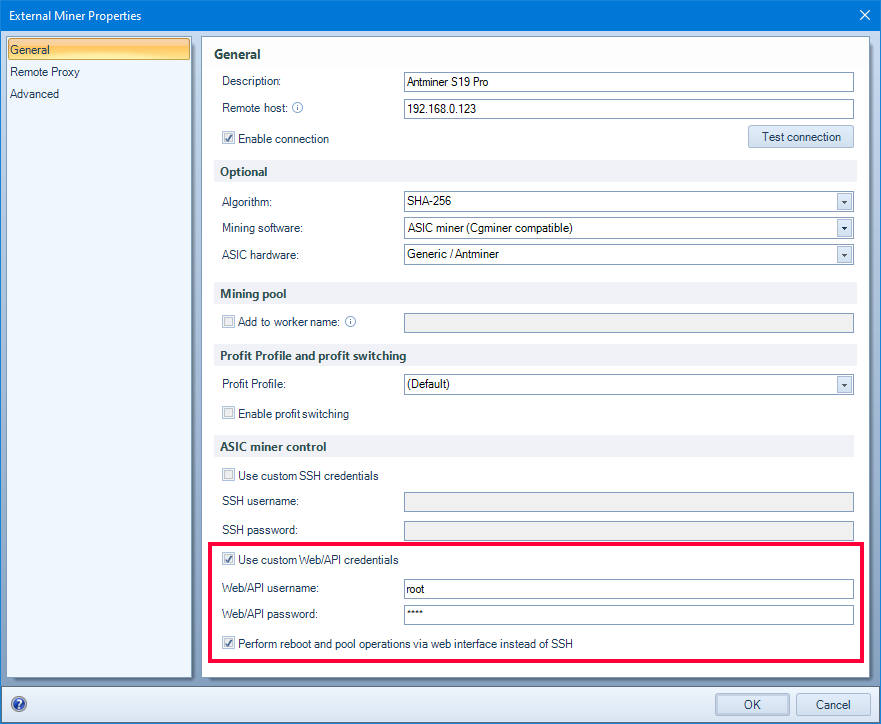 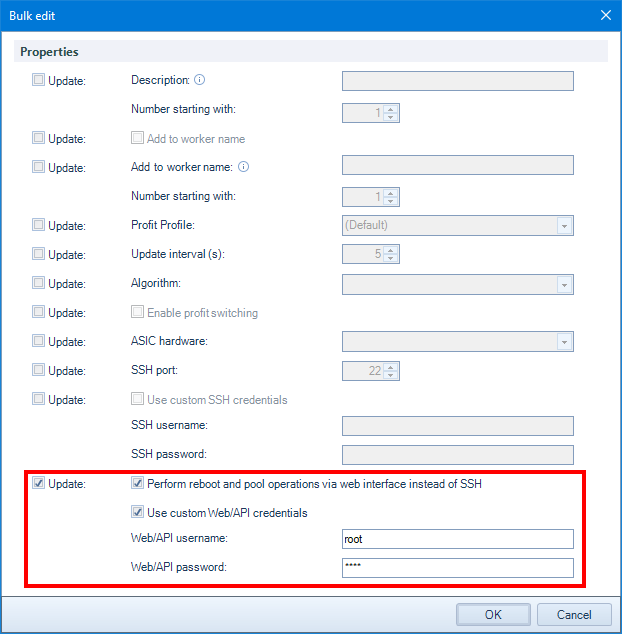 When an External Miner is configured with Perform reboot operation via the web interface instead of SSH, it can be rebooted via the rules in Awesome Miner. Create an action of the type Miner Command and select the operation Reboot.