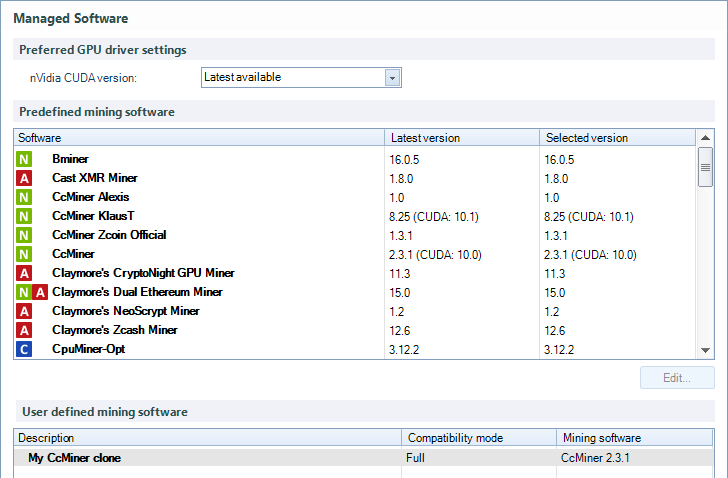 Awesome Miner includes support for most popular mining software. Awesome Miner can use the software for Managed Miners and for profit switching using Managed Profit Miners. 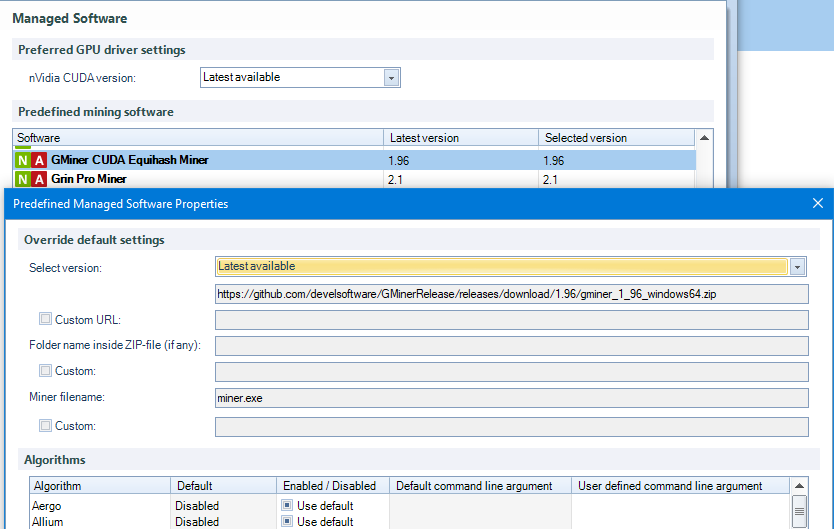 The configuration of user defined Managed Software is illustrated below.

For each algorithm available (only algorithms enabled in Options dialog, Algorithms sections are visible), it can either be configured as Enabled, Disabled or Default. Enabled and disabled will either make the algorithm available or not available for this mining software. Default indicates that the mining software selected for Compatibility software will determine if the algorithm is available or not. The default value from the Compatibility software is listed in the second column "Default".