When using the Managed Miner concept, Awesome Miner can also read GPU information directly from the remote systems, and this information is often more complete than what the mining software can provide. Awesome Miner will automatically try to map the GPU status to each GPU reported by the mining software. This guide describes how to manually override and configure the GPU mapping, using the feature Map to system monitoring.

The illustration below is the typical output of mining software, where some information is missing for GPU clock, memory and load.

To use the additional GPU information, click the button Map to system monitoring. The dialog below will be opened where the feature can be enabled via "Display system monitoring data in the GPU tab".

The order of the GPU's may have to be rearranged using the up/down buttons. Different mining software will report the GPU order differently, and sometimes not all GPU's in the system are used by the miner. 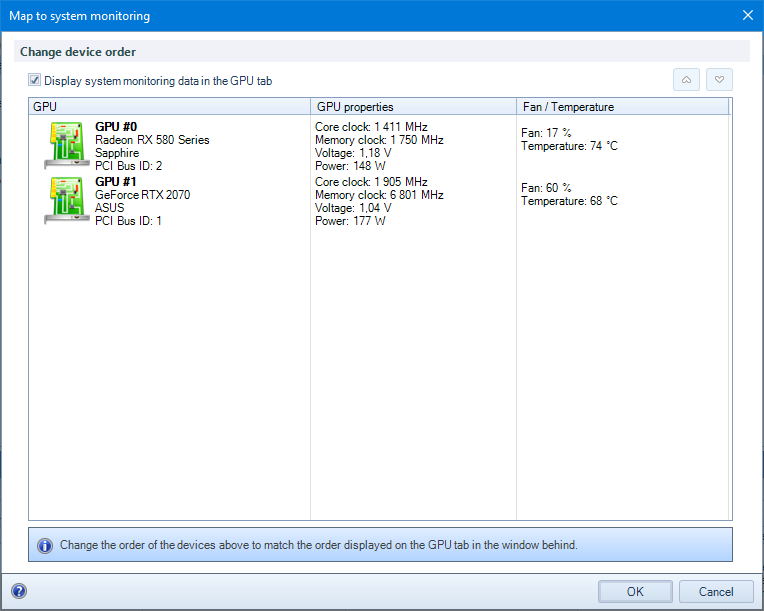 The final result is that more GPU information can be displayed, including the vendor of the GPU and current power usage.